I quit my job to make free web tools

Copy article link February 16, 2022
I quit my job. I'm now unemployed. It feels great to finally be able to write this blog post. I remember daydreaming about making an aggregation site for flash games back when I was 10 years old. Teaching myself rudimentary HTML and CSS, I managed to build a page with tables and iframes.

It wouldn't be until I went to university that I started shipping my side projects. It's been a long time in the making. Of all the side projects I've done over the years, most failed, with only two standing the test of time.

Only two projects ended up becoming profitable. The first one, whoismyisp.org, was a bit of a lucky shot. I didn't do any research before starting, and it was only a single page when it launched. It took years before making even a small profit. Since then, it has grown slowly over the past 8 years, and now has partnerships with NordVPN and ipinfo.io.

Nslookup.io was more deliberate, with basic SEO research, financial and time investment upfront. It is a DNS checker that allows you to see DNS records of a website. If you're interested, here's how I picked this side project. 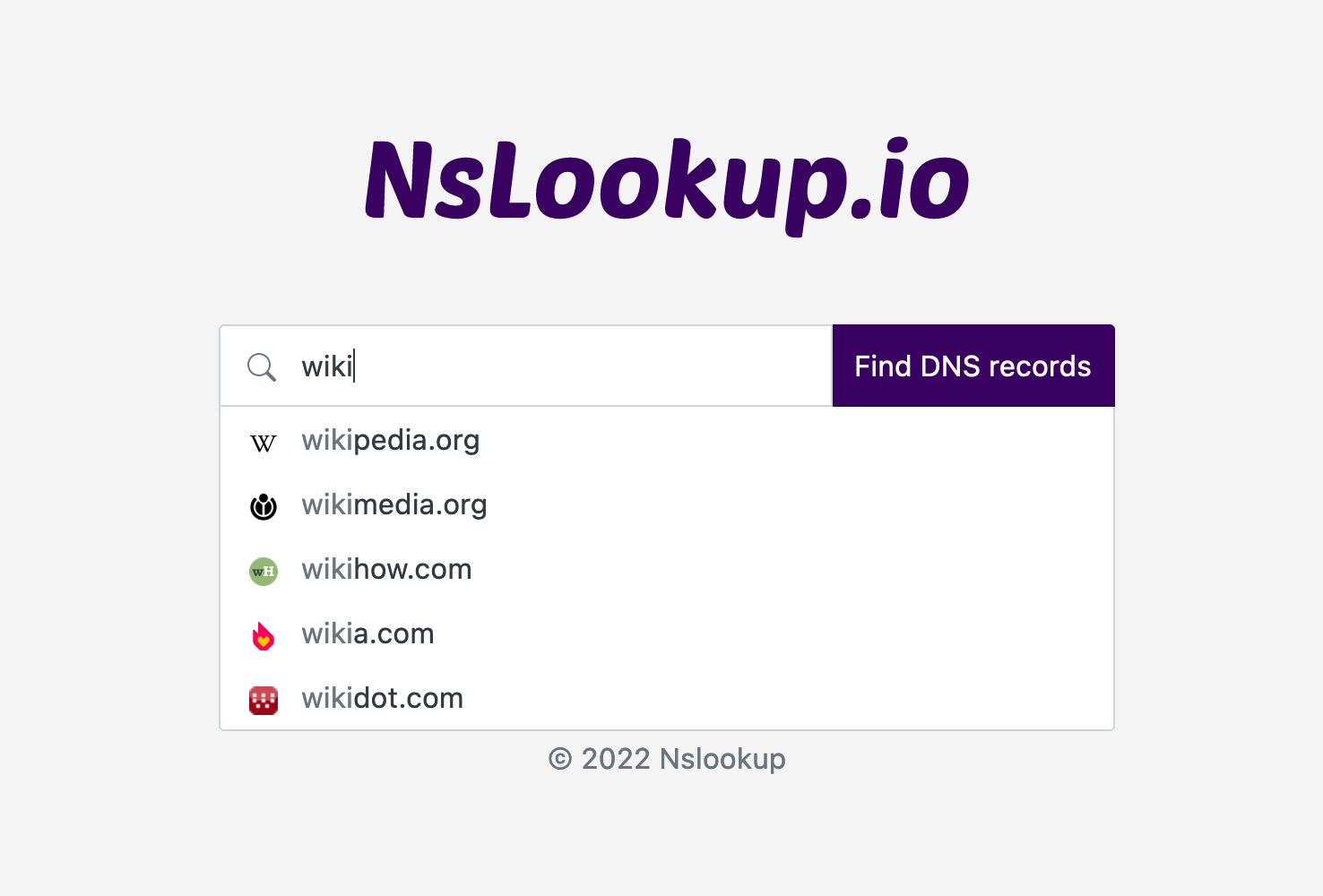 Quitting my job obviously means missing out on the largest part of my income. The opportunity cost is massive. I sat down with my wife to discuss if we want to make this investment, and how we'll sustain our family in the meantime.

I'm lucky to work in an industry where the demand for workers is growing faster than the supply, so I'm confident I could get a freelance gig (or a job) within a month if things don't work out. That means that the risk of this endeavor is capped at my missed income.

We were able to save up during the past for 6.5 years of working a tech job. Not owning a car and living below our means definitely made a difference here! My wife still works part-time, so we'll be able to survive for more than a year if I don't take any earnings from my newly formed business.

So here we are. Two active projects, a laptop, and a year worth of runway.

Do I have a plan? Of course! Well, actually three. Each with a different amount of uncertainty and payoff. I'm not pinning myself down to a fixed plan. Instead, I'll work on multiple things simultaneously, and double down on what works.

This is what I've been doing so far. Build free web tools, get them to rank in Google, and sell ads through an ad network. This has a high level of certainty. Spend more time on SEO will almost definitely result in more traffic. So does adding more landing pages. Growth in traffic means growth in ad revenue. The payoff isn't very high, though. I'm currently getting a bit under $400 in monthly ad revenue from NsLookup.io. Growing to 3-4x traffic should be possible, but won't get me to my goal yet. Finding a CND or hosting provider that's interested in buying these ads would get the pay up, but that would still barely be enough to hit my target.

Plan B is to sell an HTTP API with DNS data on a monthly subscription. It has a bigger potential payoff, but also more uncertainty. There's a bigger upfront time investment to build the API and a developers portal, track usage, set up metered billing, and write documentation. I also don't have a clear picture of the use cases of this yet. Nor do I know if I can make something that's better than existing DNS APIs.

The good news is that I have already set up a very minimal API, a wait list, and two paying customers. There's still a lot of work to do to automate everything, and to position it well.

Stage 1: Make a one-off DNS dataset, give it away to founders, and find out how they'd use it and what they need.
Stage 2: Sell an updating dataset through nslookup.io and the Snowflake Marketplace.
Stage 3: Hire sales representative to do enterprise sales.

Enterprise sales are much more involved than selling to SMB's. On the other hand, it's about as difficult to get a one-off $250 payment approved, as it is to get a $250 subscription approved. So the potential for low maintenance recurring revenue is there. I have no experience selling to large companies, so if this proves feasible, I'd like to hire a sales representative. That's not something I'd be comfortable with before I've sold quite a few subscriptions. So I'm not confident that this plan will work out, but I want to give it a shot nonetheless.

It's good to have a dot on the horizon, but what am I going to do this month and the next? I'll mainly focus on plan A. Grow NsLookup.io by improving the site, adding more tools, and investing in SEO. I'll also explore plan B by expanding the API, and talking to users. Plan C will get the least attention for now, but I'd like to talk to at least a couple of potential users.

I'll hang around on Hacker News, Reddit, and Indie Hackers today, so ask me anything :)

Ruurtjan PulFounder of NsLookup
Passionate about sharing knowledge and making great DNS tools.I've been working in IT for 15 years, and I recently quit my job to work full-time on NsLookup.